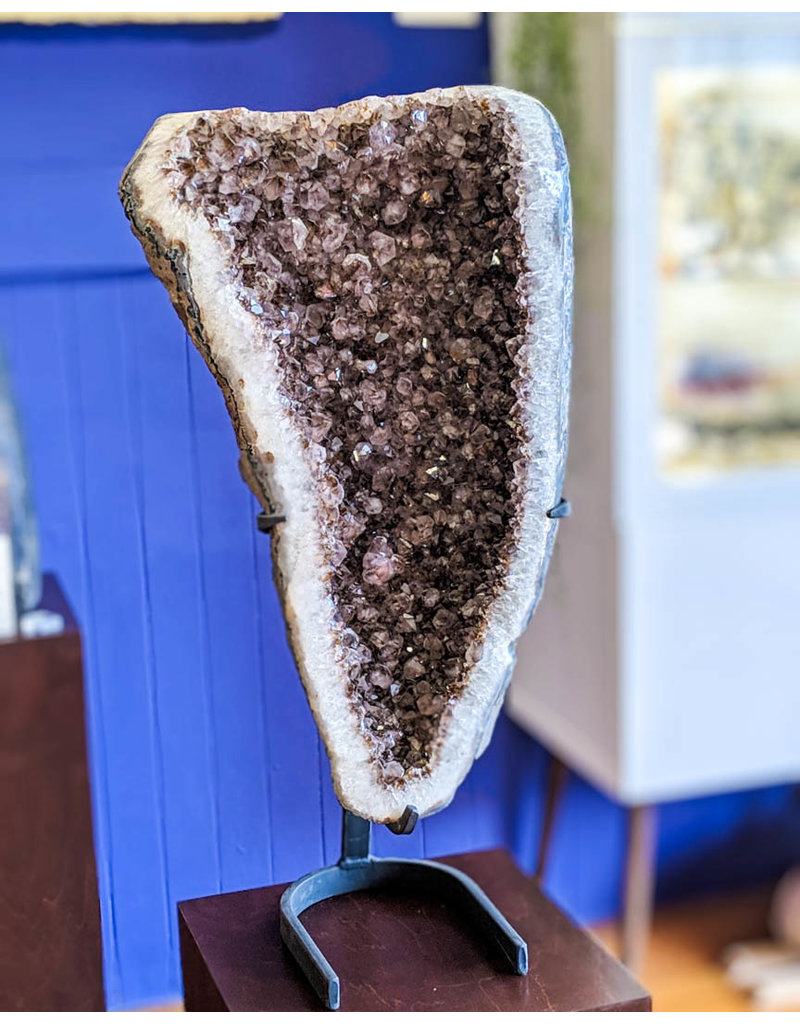 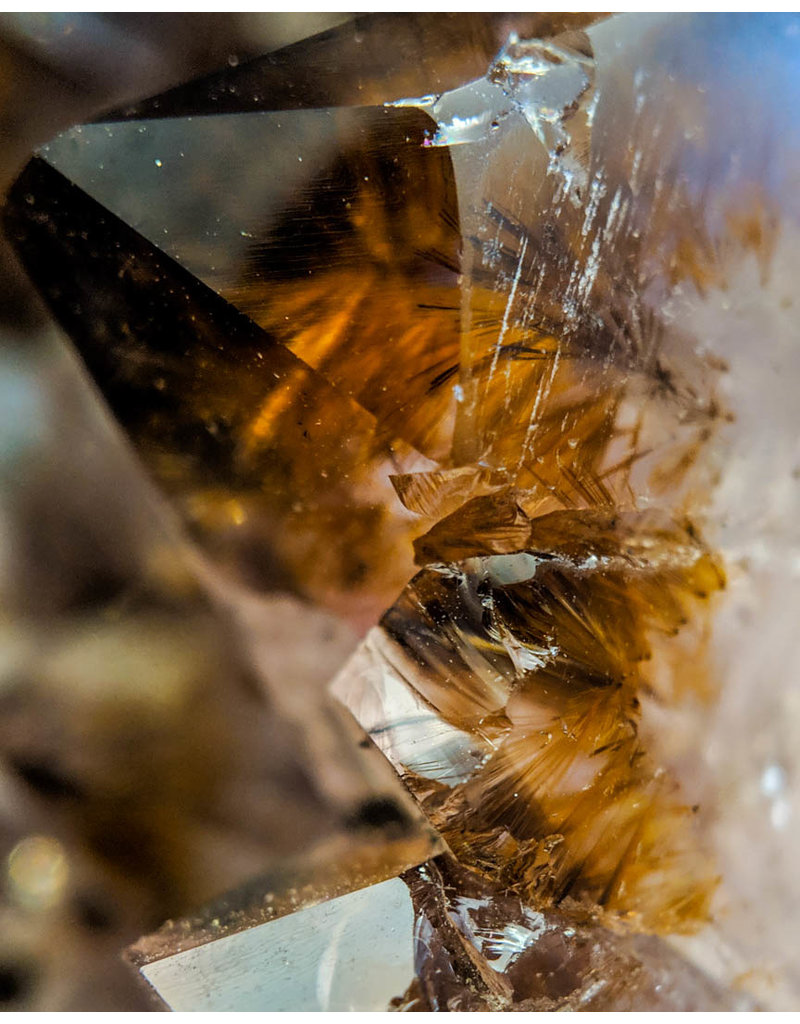 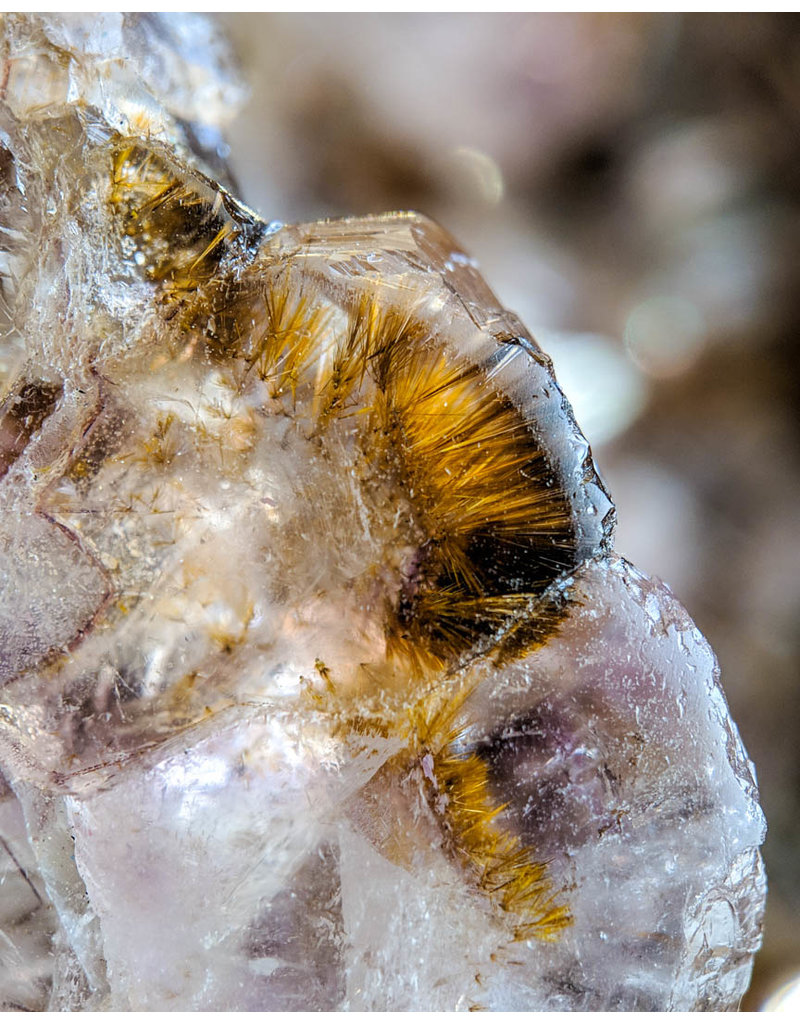 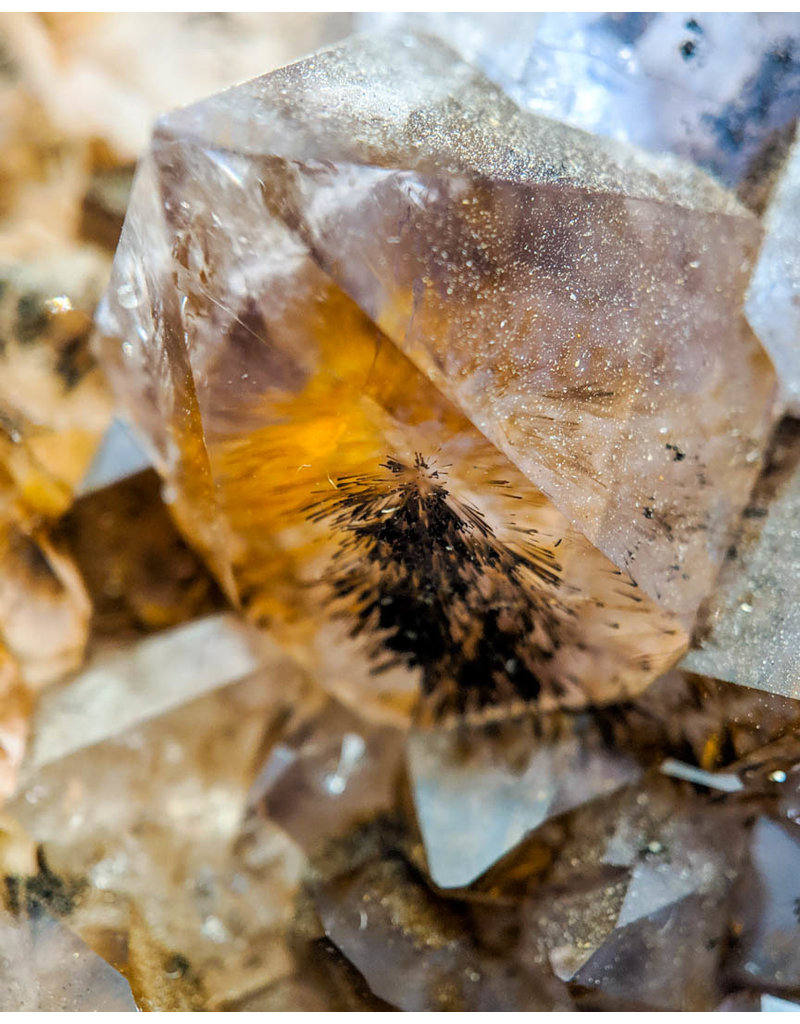 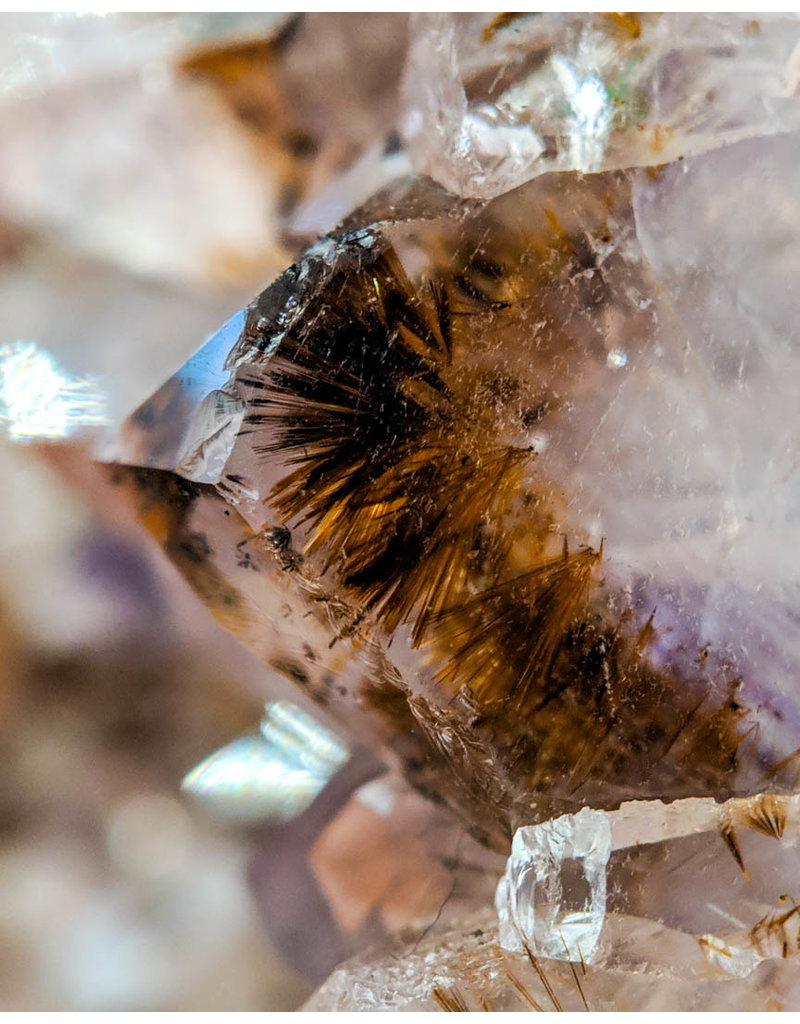 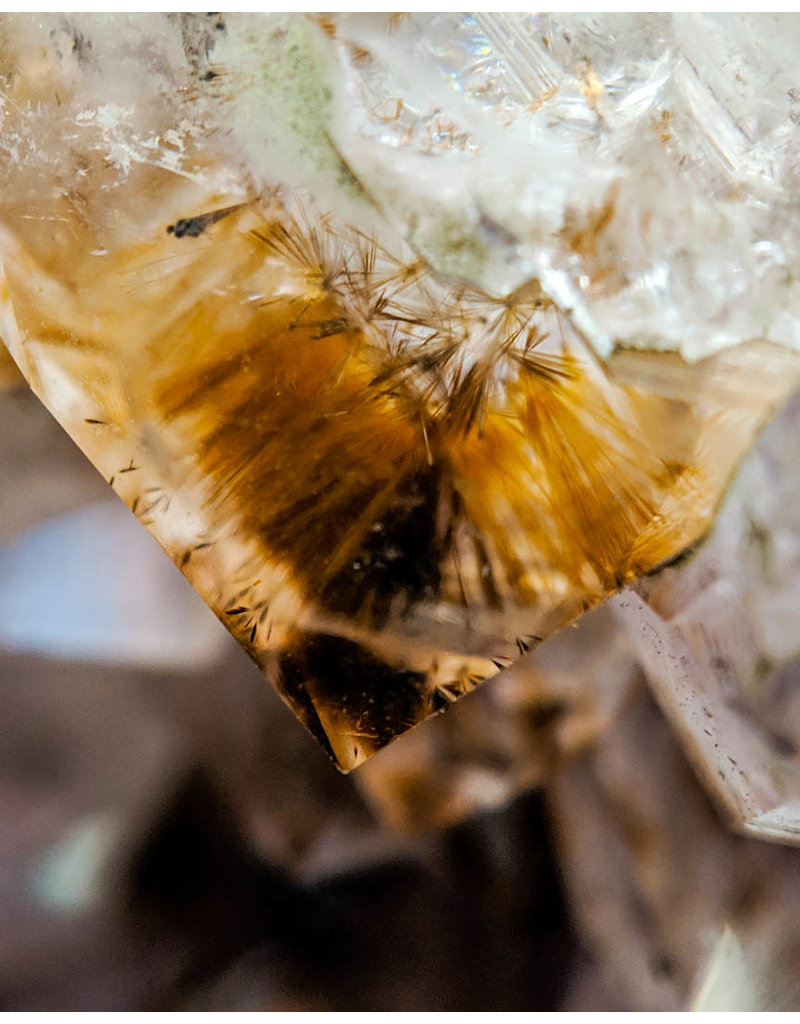 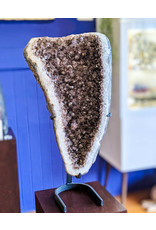 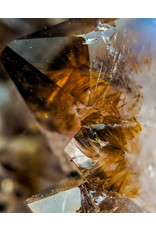 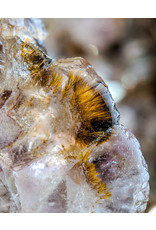 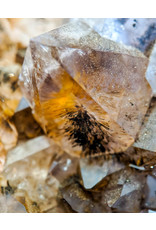 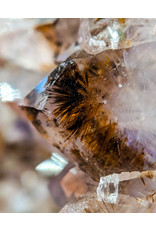 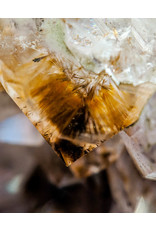 From a distance this beautiful piece looks like a smoky quartz vug. On closer inspection, you'll see the purple tinge through the smokiness. But then, you notice hints of gold hiding inside the crystals. That's goethite, pronounced grr-tight. Goethite is an iron-bearing mineral, and so it makes sense that it might show up inside amethyst and smoky quartz, which get their colors from iron. Goethite forms in acicular (needle-like) crystals that radiate from a central point (visible in some of the macro photos).

This an awesome piece with quite a story to tell. This vug was created by water vapor and other gases that were trapped inside lava. The lava cooled to become basalt. The trapped water vapor condensed to hot water, and dissolved silicon dioxide, potassium, aluminum, iron and other minerals. Over millions of years, minerals precipitated out of the water solution, and more minerals were contributed for crystal formation by water seeping into the cavity. First, green celadonite lined the cavity's walls, followed by chalcedony and quartz crystals, and finally the smoky amethyst and goethite crystals. Some the goethite crystals even have a gold color inside the crystal and a black color when they exit the crystal. 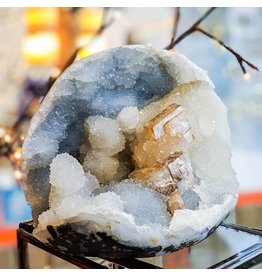 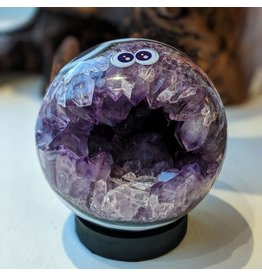 Googly eyes come standard on this one
Add to cart
Amethyst Vug Sphere 138mm 3.10kg Uruguay
$525.00
Please accept cookies to help us improve this website Is this OK? Yes No More on cookies »