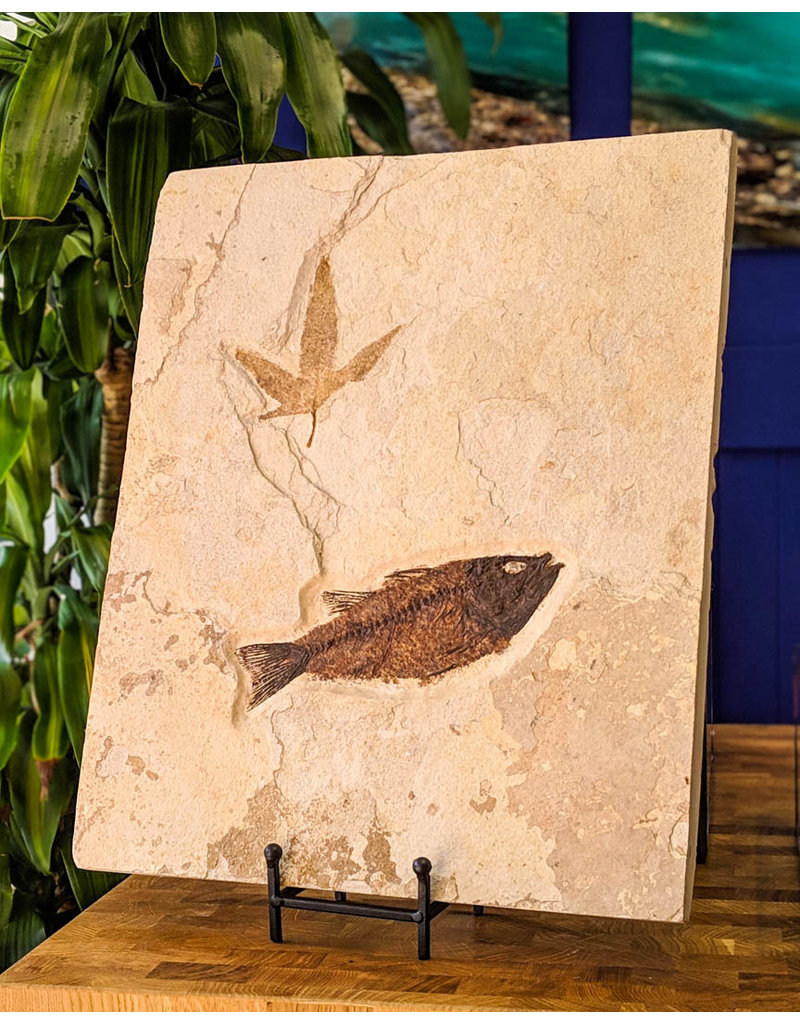 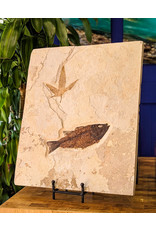 Fossil Lake, in Wyoming, is known for its detailed fish fossils. Fifty million years ago, this Mioplosus came to rest several hundred years before the nut tree leaf. At the time, the mean annual global temperature was 5 to 8ºC higher than today's temperature; so warm that there was no ice on our planet. Why was it so warm? A 20,000 year release of carbon into the atmosphere is to blame, the effects of which lasted for at least 200,000 years. The events that released the carbon are unknown, but it is estimated that between 0.2 and 0.58 gigatons were released per year. (Today, about 10 gigatons is released per year.)

These fossils are in a limestone plate that measures 428x353x20mm and weighs 5.6kg. 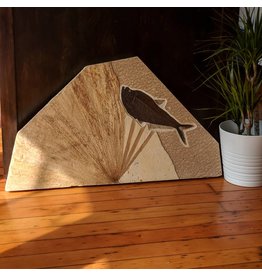 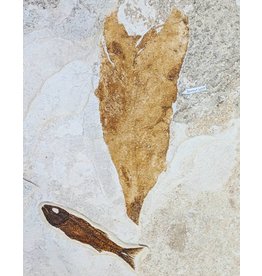 What was a banana leaf doing in Wyoming?
Add to cart
Eocene Mioplosus and Banana Leaf 347x249x37mm 3.4kg Wyoming
$700.00
Please accept cookies to help us improve this website Is this OK? Yes No More on cookies »