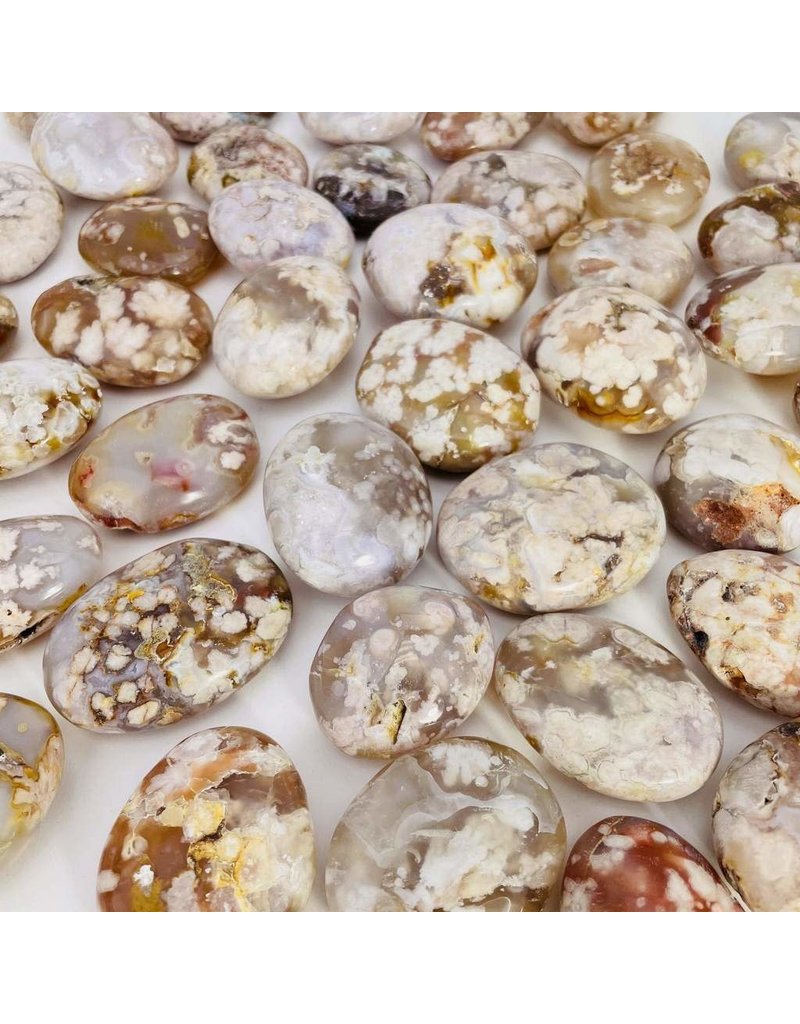 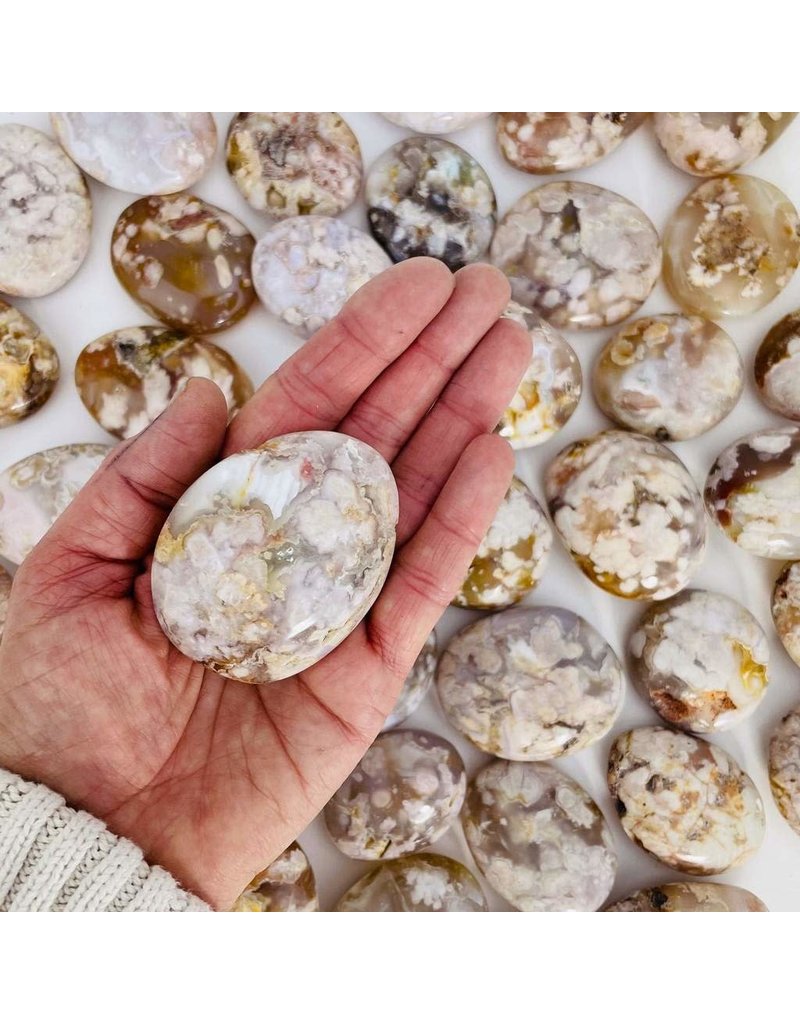 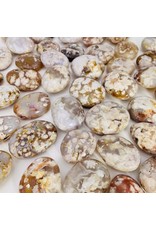 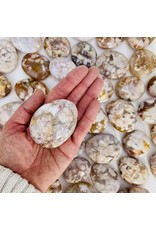 Flower agate is a type of dendritic (from Greek, meaning tree-like) agate. There are hints to how the patterns formed. The agate began as agates usually do: hot, mineral-rich water in a hole in another rock. As the water cooled, manganese oxide (black) and/or iron oxide (red) coalesced into nodules or inclusions. Soon after, micro-crystalline quartz and moganite are produced from the silica-rich water, which coalesce around the manganese and iron oxide inclusions.

For more about agate, read What is Agate? 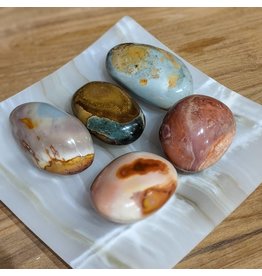 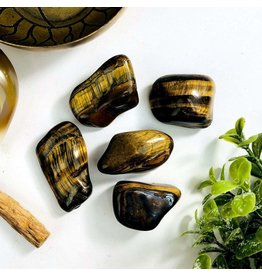 Large tumbled minerals to wrap your hand around
Add to cart
Tumbled Minerals
$5.00 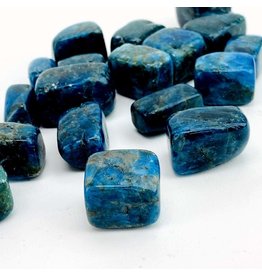 Apatite and Ruby Zoisite Tumbled Cubes
Add to cart
Tumbled Cube
$5.00
Please accept cookies to help us improve this website Is this OK? Yes No More on cookies »