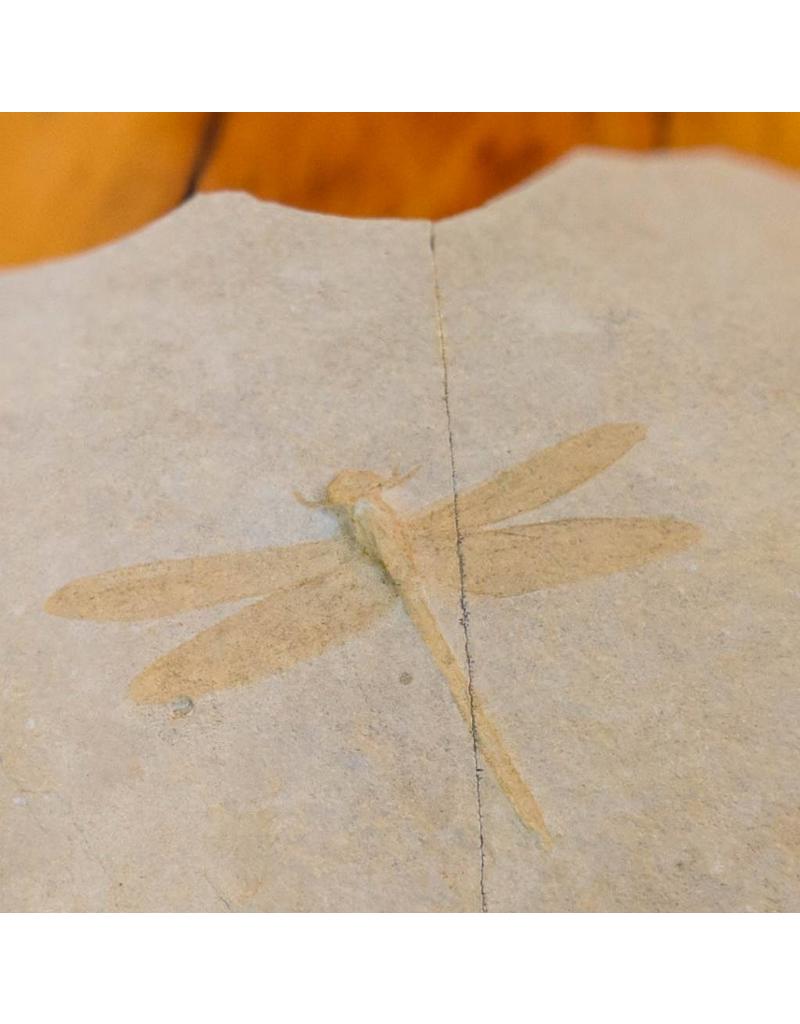 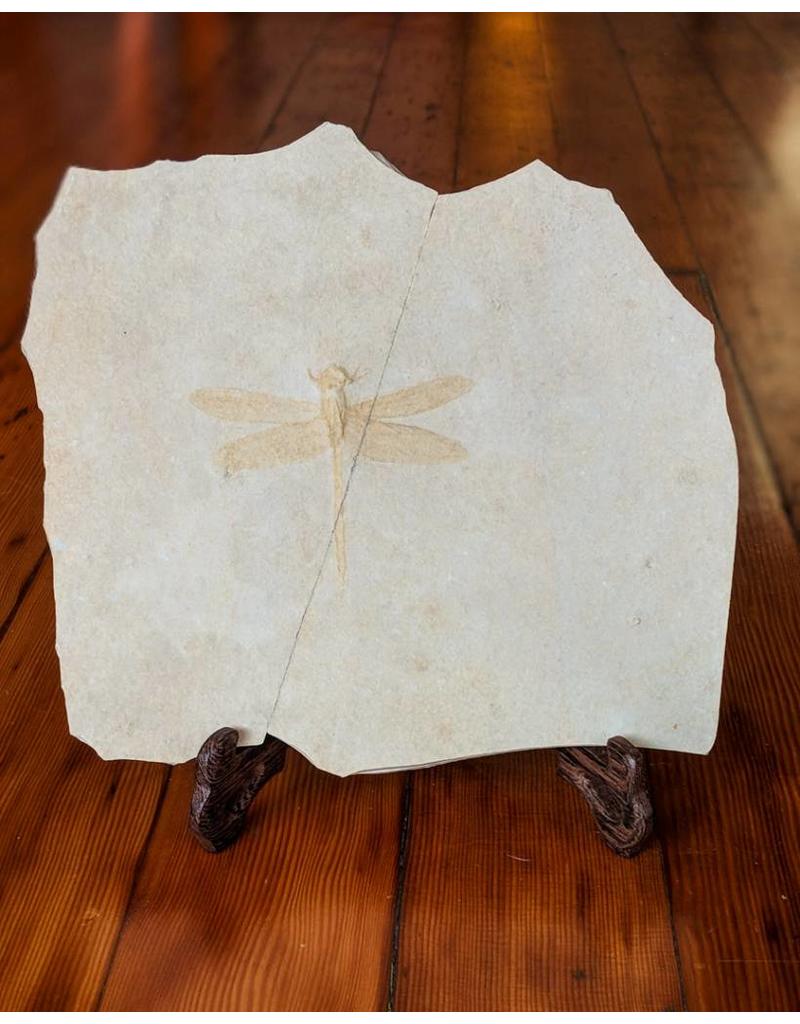 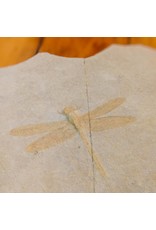 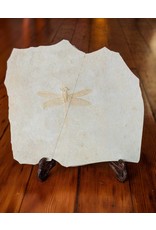 This dragonfly fossil from Solnhofen, Germany is from the Jurassic period, and is about 150 million years old. It may have taken a break from snatching prey out of the air to hide from a passing archaeopteryx, so as not to be snatched out of the air as well.

Our dragonfly avoided getting eaten. Lucky her (we assume she is female). She sank to the bottom of a briny lagoon to be covered by limestone sediments over the next 150 million years.

The crack down the middle occurred when removing it from the ground. Things don't always come out as we like.

The dragonfly's wingspan is 9cm, and it's length is 7cm. The plate measures 22x20cm. The stand shown is included.

Add your review
0 stars based on 0 reviews
dragonfly / fossil / Germany / Jurassic / Solnhofen
Add to wishlist / Add to comparison / Print
Please accept cookies to help us improve this website Is this OK? Yes No More on cookies »