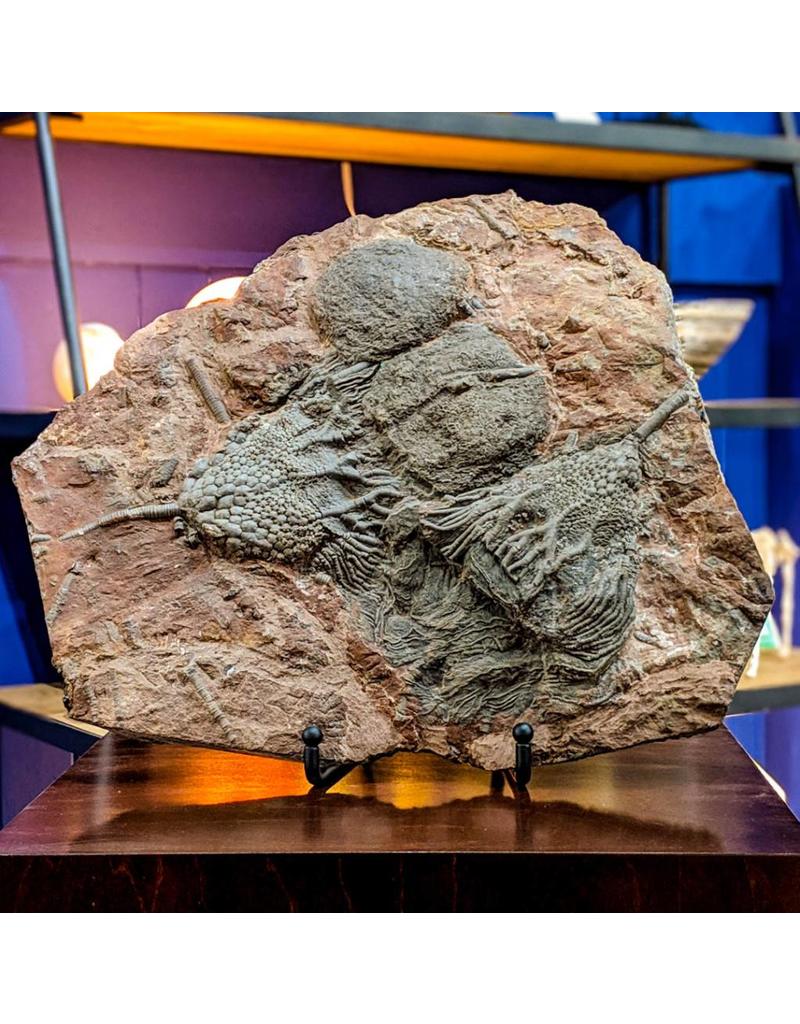 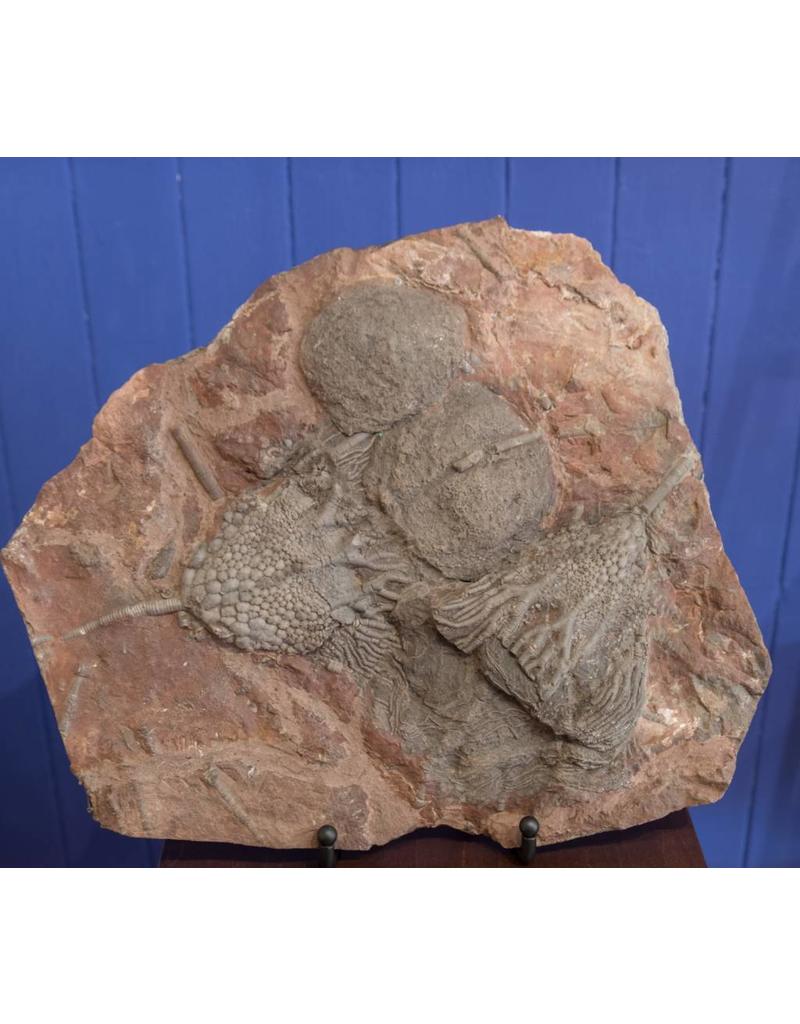 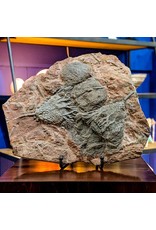 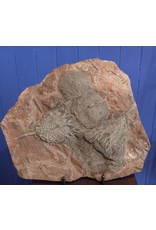 Crinoids are marine animals related to starfish. They are found around the world, in both shallow water and at depths of 9km. Some crinoids, commonly named sea lillies, attach to the sea floor using a stalk. Crinoids without stalks are commonly named feather stars.

The extinct Scyphocrinites elegans had a lobolith at the end of its stalk, which was a gas-filled sphere that stayed afloat at the water’s surface. The round, ball-like loboliths are visible in the upper middle of this plate. This clever adaptation allowed Scyphocrinites to hang upside down near the surface, and feed where other crinoids could not, and also gave Scyphocrinites a global range during the Upper Silurian (425 million years ago), with fossils found in the United States, Africa, Europe, and Asia.