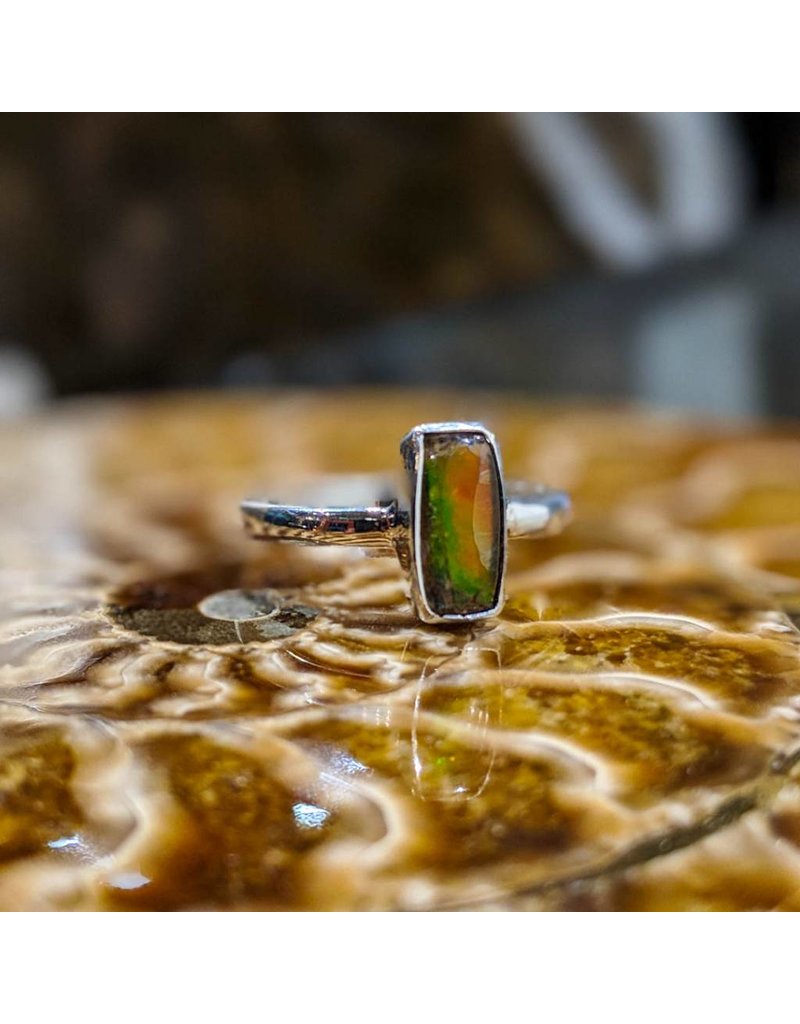 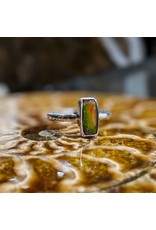 The iridescent red and green stone in this ring is actually part of an ammonite fossil, an extinct relative of the nautilus. The stone takes its name from the animal, and is called ammolite.

The ammonites that form ammolite inhabited a prehistoric, inland subtropical sea named the Western Interior Seaway, which ran North to South along the Rocky Mountains. After the ammonites died, they were buried in mud that eventually became shale, which helped preserve the aragonite of the shells, preventing it from converting to calcite.

The stone in this sterling silver ring is a triplet, and has a dark back to support the iridescent fossil, and a clear quartz top to protect them. 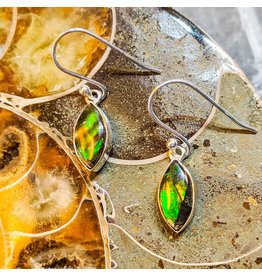 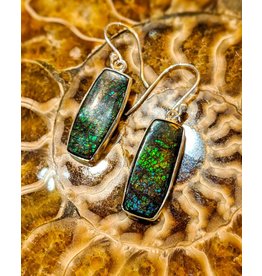 Stained glass? Would you believe ancient sea creature?
Add to cart
Sanchi and Filia P Designs Ammolite Doublet Earrings
$90.00
Please accept cookies to help us improve this website Is this OK? Yes No More on cookies »