Imagine a creature as tall as a human, with tentacles, armor and a voracious appetite. You might feel a little safer knowing this creature is extinct. We're talking about ammonites.

The name ammonite originates from the Egyptian Ram-horned god called Ammon because the fossils look like Ammon's horns. 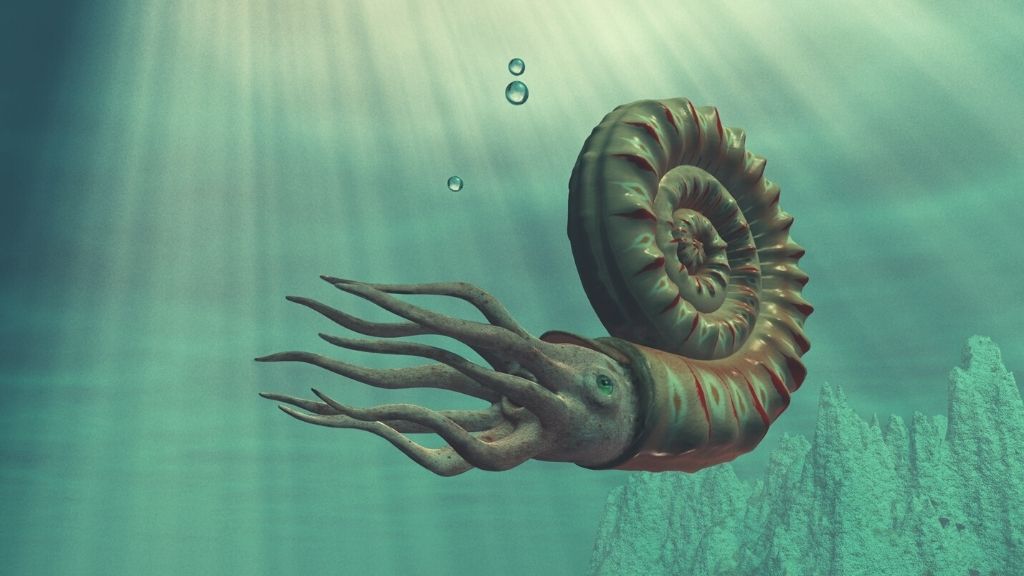 Today's chambered mollusks create their shells a layer of calcium carbonate at a time. In fact, they alternate between layers of calcite and aragonite, the two main polymorphs of calcium carbonate. This was also true for ammonites, which lived from about 400 million years ago to 66 million years ago. Each chamber is separated by a wall called a septa, and, like nautiluses of today, it is believed ammonites used these chambers to control their buoyancy. 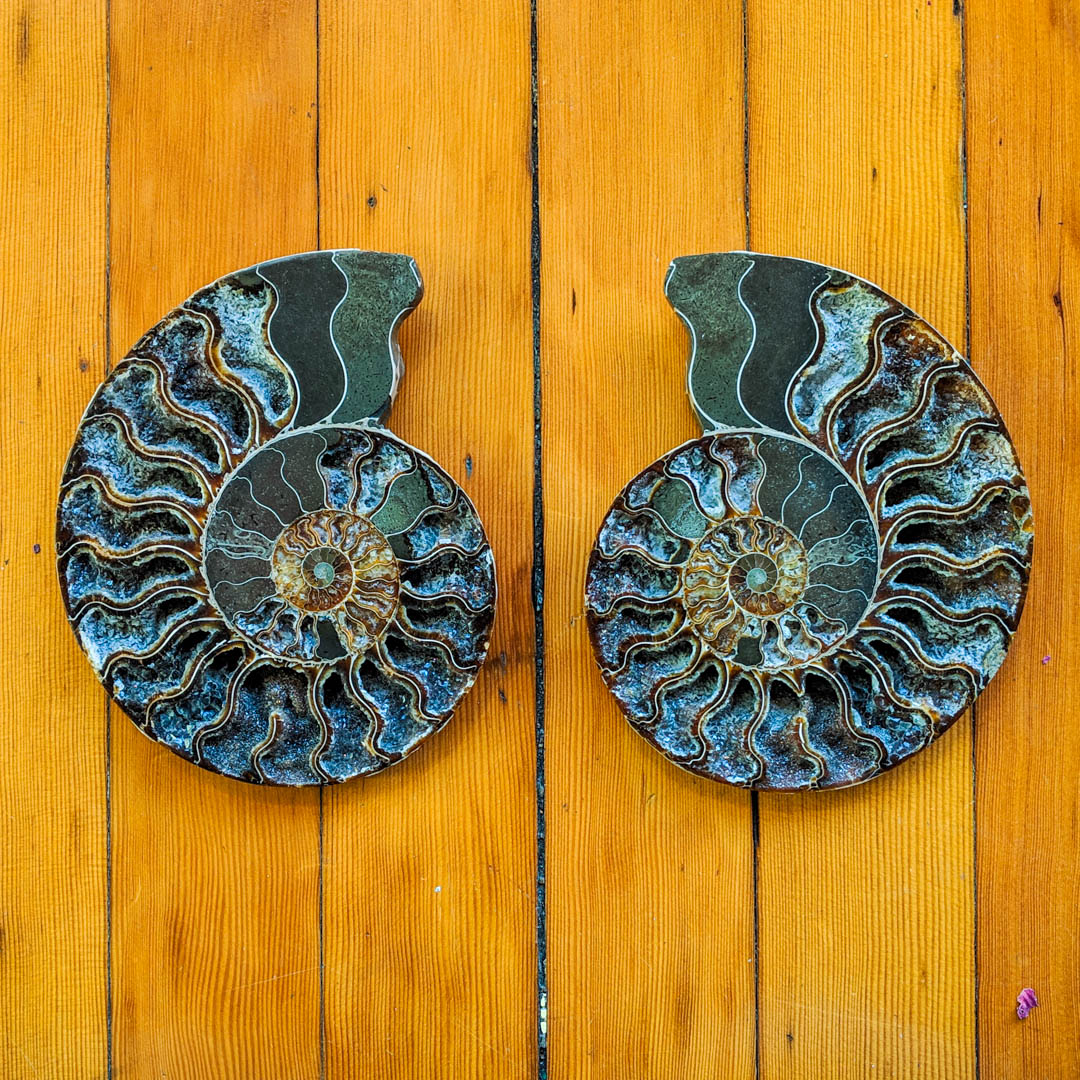 After this ammonite died, it's shell came to rest on the sea floor. Over millions of years it was covered with sediment. At some point, the ammonite was exposed to silica-rich water. The water may have dissolved or eroded the shell, and deposited silica in place of the shell. The silica even crystalized in the chambers forming agate, chalcedony and quartz crystals. The ammonite was eventually found and cut down the middle to expose the chambers.

Check out our ammonite collection.