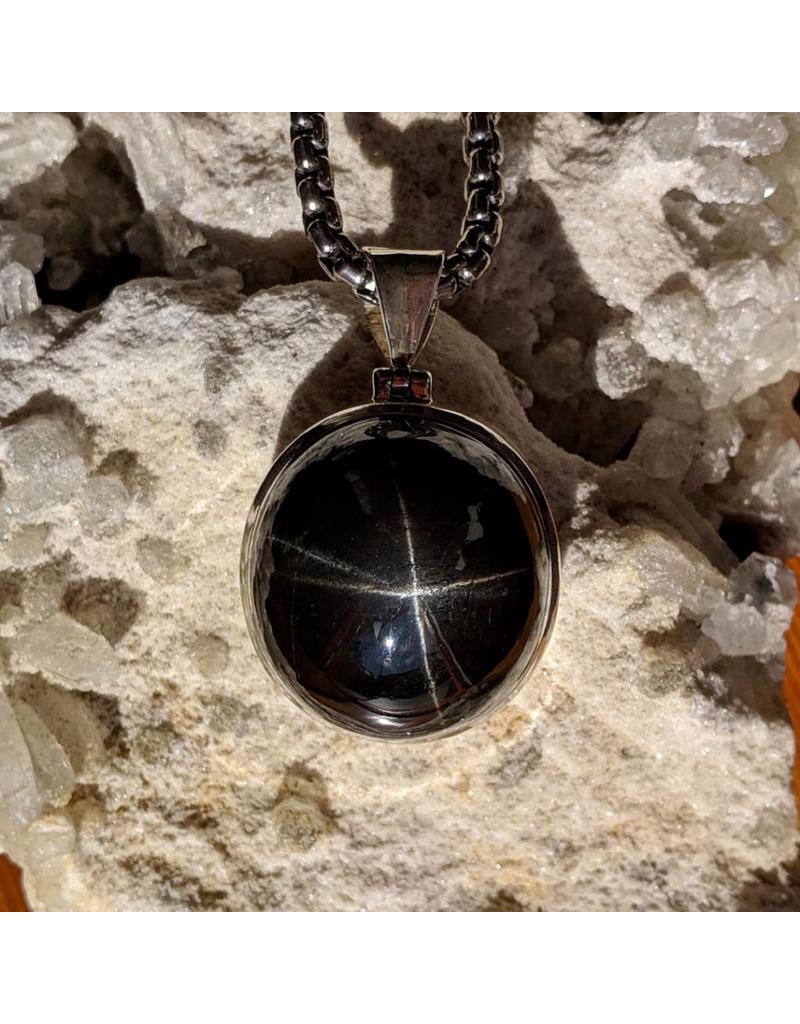 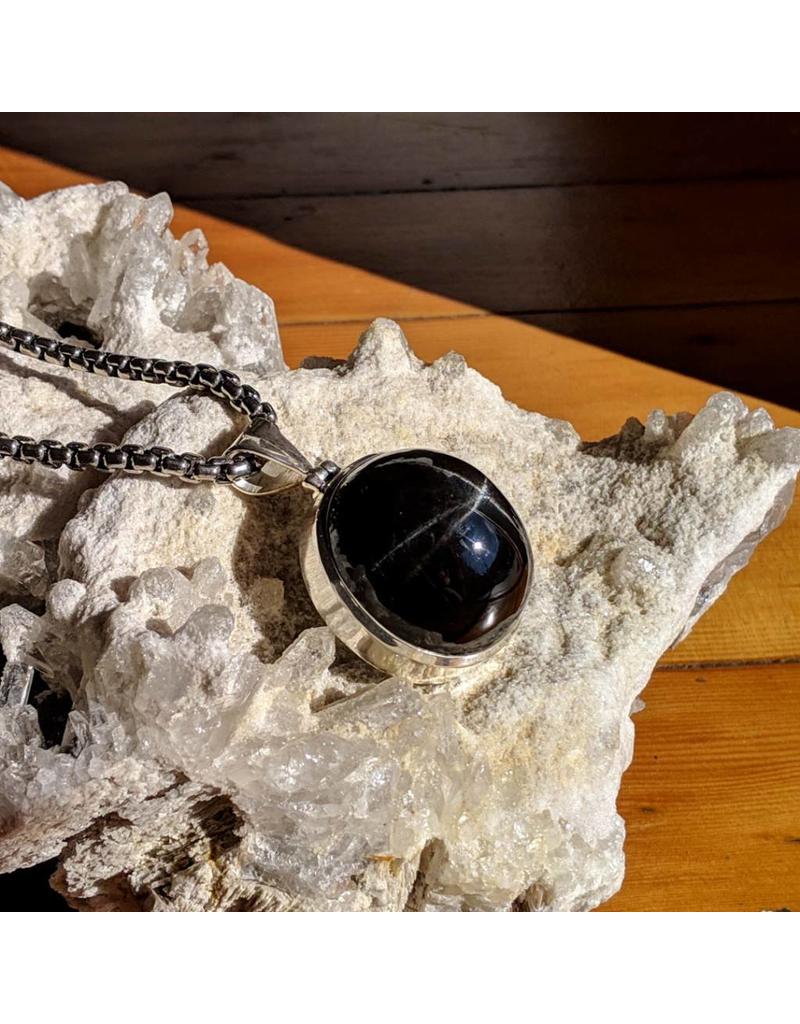 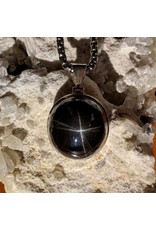 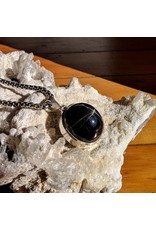 Diopside is commonly found in green, but there's also star diopside, which is usually black or blackish-green. This massive black star diopside, also known as Black Star of India, is one of a kind. The cabochon is expertly cut to show off its asterism.  The asterism or star-like optical effect is caused by light reflecting from tiny, densely included, needle-like rutile fibers (aka, "silk") that are aligned perpendicular to the rays of the star.

Add your review
0 stars based on 0 reviews