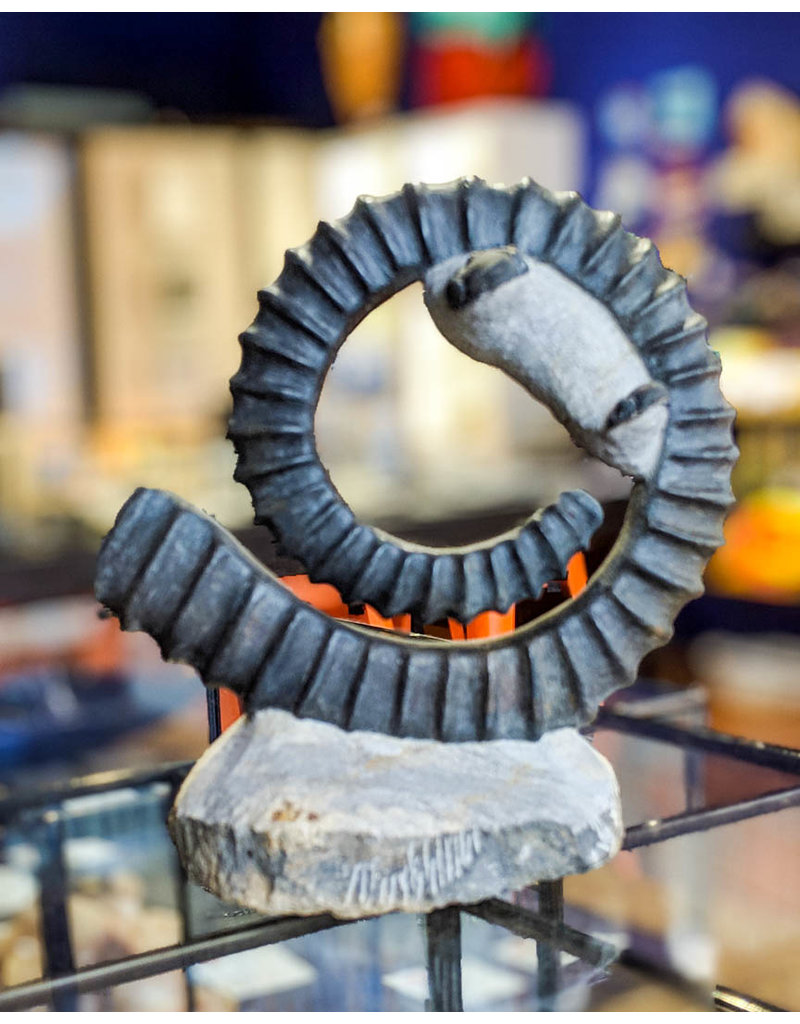 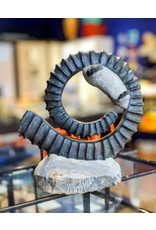 Ammonites are extinct mollusks. Imagine a squid with a chambered shell. While they resembled the nautilus, they are more closely related to the octopus. They lived in the last and biggest chamber of their shells, out of which they poked their eyes and tentacles. Ammonites survived several major extinctions from about 400 million years ago until 65 million years ago.

Anetoceras ammonites are identified by their gyroconic shells' ribs, which are narrow and widely spaced. Gyroconic means the shells whorls do not touch. Two trilobite cephalons (heads) were also found during the thoughtful preparation.

Dated to the Devonian, the fossil measures 17x16x9cm and weighs 1158g. 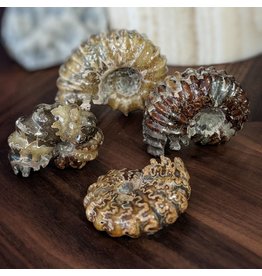 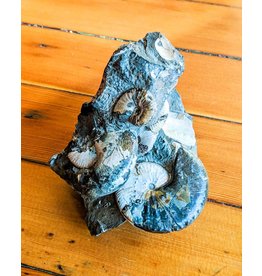 These ammonites cruised around South Dakota 70 millions years ago
Hoploscaphites nicolletti Ammonite South Dakota
$225.00
Please accept cookies to help us improve this website Is this OK? Yes No More on cookies »