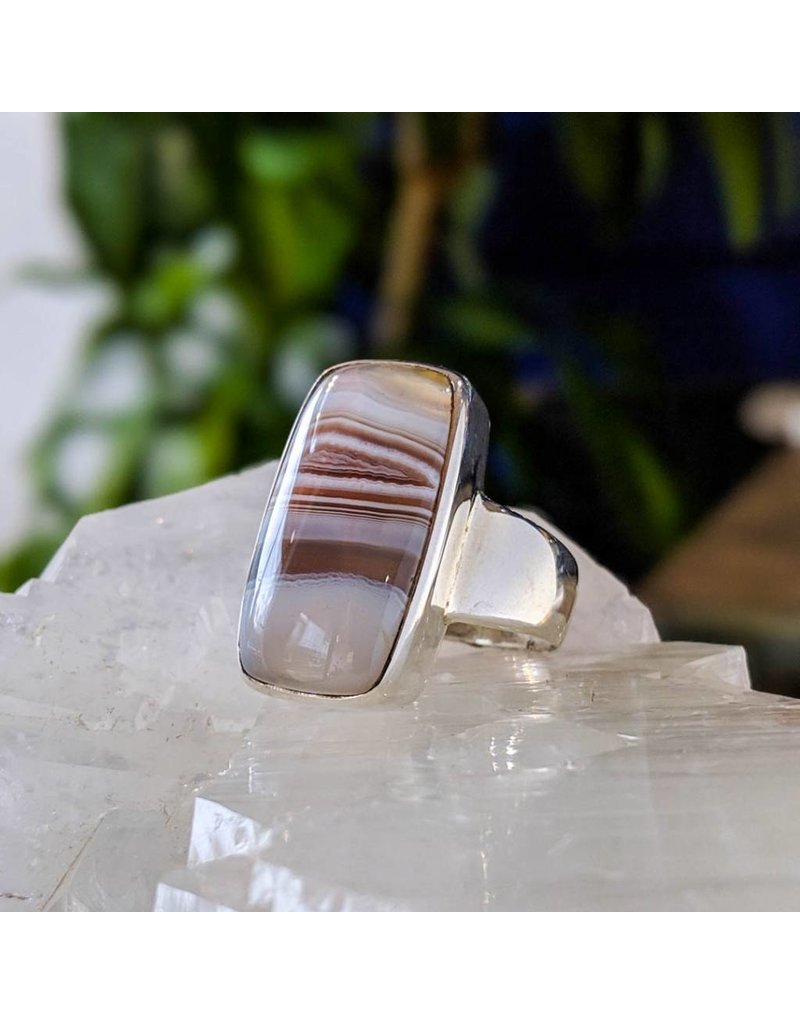 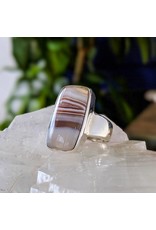 Agate is a banded form of chalcedony. The banding indicates the presence of trace elements at the time the crystals formed.

Chalcedony is composed of alternating crystals of quartz and moganite (a polymorph of quartz). Quartz and moganite have differently shaped crystals, and in the case of chalcedony, the crystals are so small they can even be difficult to discern under low magnification.

The agate in this sterling silver ring is slightly red. Size 9. 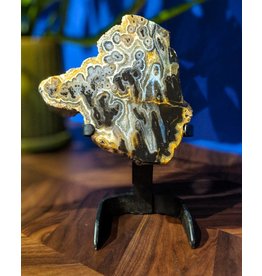 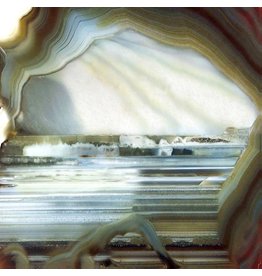 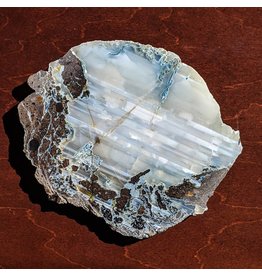 This conifer limb cast is the result of a volcanic eruption!
Add to cart
JH Stone Galleria Agate Conifer Limb Cast 200x170x12mm 774g Montana
$275.00
Please accept cookies to help us improve this website Is this OK? Yes No More on cookies »